It’s just after 9pm when the first Nigerian women start to appear on the streets of Asti, a small city near Turin in northern Italy. Some stand in groups of two or three, flagging down passing cars or checking their phones. Many are alone – solitary figures backlit by the stream of headlights moving into the city. Princess Inyang Okokon slows down her car as she spots two girls standing on a corner. Even with heavy makeup they look no older than 15 or 16. “So many new faces,” she says, shaking her head as she pulls her car to the side of the road and gets out to speak to them.

Princess, a 42-year-old mother of four from Nigeria’s southern Akwa Ibom state, has spent the last 17 years working for Progetto Integrazione Accoglienza Migranti (PIAM), a migrant rights and anti-trafficking organisation in the city. According to her, most – if not all – of the Nigerian prostitutes working on Asti’s streets tonight are victims of trafficking. “This is just one street in a small city. It is happening all over Italy and Europe and the numbers are growing and growing.”

Princess knows first-hand about the horrors these women are living through. In 1999 she was trafficked herself from her home in Nigeria to the streets of Turin. “When I talk to them I tell them that I know their story because it is my story too,” she says.

For nearly three decades, a thriving sex-trafficking industry has been operating between Nigeria and Italy. Many experts believe the trade in women started in the 1980s when Nigerians travelling to Italy on work visas to pick tomatoes realised that selling sex was far easier and more profitable than harvesting fruits or vegetables.

Since then an estimated 30,000 Nigerian women have been trafficked from their home country into prostitution, finding themselves on street corners and brothels in Italy and other European states.

More than 85% of these women have come from Nigeria’s Edo state in the south of the country, where traffickers have historically exploited chronic poverty, discrimination, a failing education system and lack of opportunities for young women to sell false promises of prosperity in Europe.

Princess was one of the first wave of women to be brought from Nigeria. Then a single mother of three young children, she was approached by a woman she knew from her workplace, who offered her a job in Italy.

“We saw people come back from Europe rich and they would tell us that we could also have this life,” she says. “In Nigeria there was nothing. I wanted more for my children. This woman said I could pay back the cost of my travel when I started earning. I believed her.”

She flew to London on a fake passport. When she arrived she called a telephone number she’d been given and a man came to pick her up and drive her to Italy. She was taken to a house in Turin full of other Nigerian women. When she told them she was going to work in a restaurant, the women laughed in her face.

“They said, ‘Here no Nigerian girl works in a restaurant. Whether you are a princess or a queen you are here in Europe and you must work as a prostitute’. I was distraught, I thought there must be a mistake.”

The next day Princess was told she had to pay back a €45,000 debt before she could leave. She was now under the control of a “madam”, a Nigerian woman who worked for the trafficking rings, controlling the women and their debt. She was given high heels and makeup and driven to a street corner with another Nigerian girl. “I said ‘I will not do this,’” she recalls. “I refused. I hid behind a big rubbish bin all night and cried. I said, ‘God, is this the life you have brought me to?’”

After that night the beatings began. Her madam attacked her so violently with the heel of a shoe that she was hospitalised. “I did not know anyone, they wouldn’t let me call home. They said they would kill me if I didn’t work,” she says. “I realised the only way was to start this work and try and find someone who would help me.”

Every day and night for more than eight months, Princess worked on the streets in Turin. “Italian men, they love Nigerian girls,” she says with a short laugh. “I had a queue every night.”

But no matter how hard she worked, her debts never got smaller.

“The work was so bad, it was so dangerous. The men were so violent. I was stabbed twice, I was threatened with a gun,” she says. “I was ashamed all the time. The only way I kept strong was promising myself I would leave this life.”

Eventually, she says, her prayers were answered. She was walking home one morning when a man called Alberto Mossino pulled over in his car and asked if he could take her to the beach. Mossino, who was living in nearby Asti but working as a DJ in nightclubs in Turin, offered to help Princess leave her madam. “At first I didn’t trust him but then he helped me pay off my debts to my madam and I managed to leave that life. Since then he has been my partner in everything.”

Princess’s life has changed since those days on the streets of Turin. She and Mossino moved to Asti, he started PIAM (she came on board later), and the couple married and had a daughter. (Of her four children, three are in Italy with her – the two oldest and Maria, her six-year-old daughter with Alberto. The other is studying in Nigeria.) She pursued her madam through the courts and eventually saw her sent to jail for four years.

Yet 17 years later she says the situation for other Nigerian women has become far worse than what she lived through. All the women on the streets of Asti have debts of more than €40,000 and most will have been forced to undergo ritual “juju” ceremonies where they have been told terrible things will happen to them and their families if they don’t repay what they owe.

“Those who leave Nigeria are told they will need to pay back €15,000 and when they reach Italy the madam tells them their debt is €45,000,” says Princess. “Or they are told they will be able to pay back the debt in three months but when they arrive they must pay rent, for their place on the street, food and other costs, so they are trapped because the debt never goes away.”

“These traffickers use beatings and juju to fill their victims with fear,” she says. “The women believe the juju so much that I have seen women leave their traffickers and then go mad because they think the curse will come true. This is how powerful a hold it has over them.” Mossino, who works with refugees and asylum seekers as well as victims of trafficking, says that in the past decade the trade in Nigerian women has become a hugely profitable and ruthless criminal industry, controlled largely by Nigerian gangs that took root in Italy in the 1980s.

“Every woman represents hundreds of thousands of euros to these people,” he says. “In Asti we saw 10 or 15 women a year when we started. Now we come into contact with 30 or 40 a month.”

In the past women would have to be flown in to Europe with fake passports. Now they embark on the dangerous 2,500-mile journey overland through Africa and across Libya before making an equally hazardous crossing by sea to Italy on migrant boats.

In 2014 about 1,500 Nigerian women arrived by sea in Italy. In 2015 this figure had shot up to 5,633. The UN’s International Organisation for Migration (IOM) believes that 80% of these women are victims of trafficking.

“What we are seeing at the moment in terms of the numbers and scale of the criminal trade in Nigerian women is unprecedented,” says Simona Moscarelli, an anti-trafficking expert at the IOM. “Before, the women were exploited but there was a chance that they could pay off their debts and be free. Now these girls really are slaves and subject to terrible violence. The age of the women is getting younger, to the extent that a large percentage of those arriving now are classed as unaccompanied minors when they come off the boats.”

Loveth, a 21-year-old from Lagos, was only 17 when she left Nigeria. After being offered a job as a babysitter in Italy, she was instead forced to work in a brothel in Libya for three years.

“Before I went I was made to swear to the gods [in a juju ceremony] and they said if I didn’t pay back the money I wouldn’t be able to have babies and my life would be useless,” she says.

After being sold to another madam, Loveth refused to work and was beaten and had boiling water thrown on her legs. Eventually she was put on a boat to Italy with 95 other people. “When I arrived in Italy I was very sick so they took me to the hospital and there I found out I was pregnant,” she says. “That is when I knew the juju was a lie. After that I never worked as a prostitute again and PIAM has helped me get my life back.”

Since PIAM was founded, Princess and Mossino have helped more than 200 women leave their traffickers in Asti and gain access to legal support, employment and counselling.

They have also created refuges and communities for those kept isolated by their traffickers and who are hundreds of miles from home. Princess arranges for the women to live and work together. “The trauma these women have gone through is very, very heavy,” she says. “They need a family and a mother as well as the other things we can give them.” At the weekends Princess helps organise parties and dances with the women.

“These traffickers take away everything from you, everything that makes you human,” says Princess. “I want to give that back to these women and say to them, let us not rest until we have brought them all to justice.” 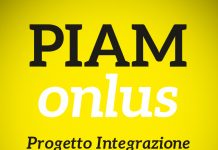 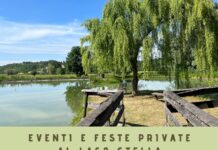 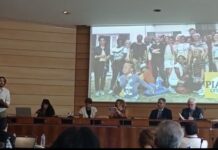