African women seeking a better life in Europe face a long, perilous, often fatal journey across the Mediterranean. But when they do arrive, they confront yet another threatening prospect: conscription into sex slavery. Eighty percent of all Nigerian women who survive the trip to Italy end up coerced into prostitution by “Madams,” who are often former sex slaves themselves. Malcolm Brabant reports.

HARI SREENIVASAN: But first: the harrowing story of Nigerian women fleeing to Europe for a better life, but finding themselves trapped into a life of prostitution.

The latest figures from the International Organization for Migration estimate that 80 percent of all Nigerian women that make it across the Mediterranean to Italy are forced into the sex trade.

At its heart are female traffickers who enslave women to extort tens of thousands of dollars.

MALCOLM BRABANT: Asti in Northern Italy prides itself as the capital of the country’s sparkling wine industry.

But there’s another side to this city. It’s home to African women rescued after being trafficked as prostitutes. Like so many compatriots, 26-year-old Blessing Ighodaro was seeking a better life in Europe. The mother of three arrived in Italy from Nigeria in June after being deceived.

MALCOLM BRABANT: After a hellish journey to Libya across the Sahara Desert, Blessing was put in a rubber dinghy and almost drowned in similar circumstances to the 21 women who died in this boat in July.

BLESSING IGHODARO: When the water is here, when I stand up, I was — the water is in my place here. Oh, God, my children, my family, I don’t want to lose my life like this. It’s like that. I was frightened. There was ton of water on my body, water on my face, pressing me down.

I was the first person which they rescued after the children, because I’m already unconscious. I don’t have any strength, nothing, nothing.

MALCOLM BRABANT: These images are of the aftermath of the July disaster, in which 21 African women died. If the latest statistics are applied, at least 16 of the victims were facing a life of prostitution on European streets.

In death, they were spared in one respect, spared the pressure faced by Blessing as the Nigerian trafficker, or madam, tried to extort the 35,000 euros or nearly $40,000 she claimed was owing for the journey to Europe.

BLESSING IGHODARO: I should put on some sexy clothes. I go out there, look for money. You know you have to. You have family. You need to pay me my bill, which you take an oath for. And let me warn you. Never you tell anyone that this madam brought you here. That is the oath I take.

There is a night, which normally I sleep. I say, God, what am I going to do? I can’t even feed myself. Nothing. Nothing. I don’t even know where to go. Where will I stay ?

MALCOLM BRABANT: But Blessing heard about a program in Asti to help sex trafficking victims break free from the madam. She abandoned the streets, despite the intimidation.

MALCOLM BRABANT: But you haven’t paid her the money, have you?

MALCOLM BRABANT: Eighteen-year-old Cynthia tells a similar story of false promises and being forced into prostitution. Like Blessing, she broke with help from Princess Inyang Okokon. Princess was rescued from the sex trade, and is now dedicated to thwarting the madams.

PRINCESS INYANG OKOKON, Activist: At Turin, they sold me to one madam. She bought me. I was the first girl of this woman. And she was a young woman like me. When I got there, I realized that it was prostitution.

I need to do. I didn’t do the job. They took me to the place of work. I waited almost a week. I couldn’t do it. I was crying, telling God, is this the job you sent me to come and do?

She was like threatening me that I’m not out on there streets, I should also be thinking about my family at home, that she would harm them. She would do all sorts of things.

I said, no, that I cannot do it. She said OK. Since I’m a very stubborn girl, she knows what she will do to me.

MALCOLM BRABANT: The victims of this potentially deadly trade are usually naive, ill-educated, or poor. The trafficking networks especially prey on women from the African countryside.

MALCOLM BRABANT: Although four out of every five women rescued in the Western Mediterranean end up in the sex trade, Princess believes the Italian mafia is not guilty in this case.

PRINCESS INYANG OKOKON: Nigerians, Ghanaians are involved, but Italian mafia are not really involved in this prostitution criminal event.

MALCOLM BRABANT: Although their prime intention is saving lives, the reality for organizations rescuing migrants from drowning is that they have inadvertently become a key link in the transport chain supplying prostitutes to Europe.

According to Princess, the women are terrorized into compliance by black magic or juju.

PRINCESS INYANG OKOKON: These rituals is normally done by the juju masters in Nigeria. They use some things like the heart of some animals to make these rituals.

Being that the women are poor, from poor family, they will entice to threaten them, tell them swear an oath that if you arrive and you don’t pay me, the oath will kill you or your family or your sisters or your brothers, your children.

MALCOLM BRABANT: One of the most significant factors about the ever expanding migrant crisis is the disproportionately large number of single young men making the crossing to Europe.

Now, these Nigerian madams, have unwittingly, or on purpose, found that this is a group that’s going to make them a lot of money, because all of the rescued girls that we have spoken to have indicated that the majority of their clients are African or from countries where Arabic is spoken, like Morocco, and there are very few Italians.

The problem is their clientele is poor, the prices are low, which means that the girls have to work extra hard to pay back their debt.

To hear a different perspective from provincial Asti, we have come to prosperous Milan, a magnet for African migrants, where Europe’s reality kicks in. Many people find themselves living in the open here because neighboring countries like France, Switzerland and Austria have tightened up their border controls.

Fabio Di Giacomo works for the International Organization for Migration.

FABIO DI GIACOMO, International Organization for Migration: The request for these girls comes not from migrants, but from local people in Italy and in Europe. These girls used to arrive to Italy and to work in Italy as prostitutes, but, as a matter of fact, we have noticed in the past few months that some of these women are actually continuing their journey to France, Austria, Spain, and Germany.

This is modern slavery. These girls are forced to face terrible abuses and violence in the countries of origin, in the country of transit. But they don’t even know the kind of abuse they are going to be forced to face here in Europe. It’s something that should be tackled as soon as possible. It’s a modern plague.

MALCOLM BRABANT: And the perpetrators aren’t concerned about the age of their victims.

WOMAN: The girl is 14 years, but she told us she’s 17. You know the way she speak, you know that she is a baby. So the madam brought her to walk in the streets, and luckily enough, she gets in touch with us and we save her.

MALCOLM BRABANT: Onome Efanadju is 17 years old. She came to Italy last year and worked as a prostitute for two months before being rescued.

She’s now a catering trainee at an Italian company offering dozens of women skills to pursue a better life.

ONOME EFANADJU, Italy: You girls in Nigeria, in case someone wants to take you, there’s no good job in — there’s no work in Europe. They are only deceiving us to come to Europe. All they do is to bring you here and to sell your body, so you better think twice before you come to Europe.

MALCOLM BRABANT: This shows the psychological pressure to which the women are subjected. After ignoring repeated messages from the Nigerian madam who trafficked her, Blessing answers her phone.

WOMAN: This woman is now angry that she got a good life here and she forgot the debts that she’s supposed to go and work in the streets and pay her debt.

I feel bad. What am I am doing to myself? What is this? I will be crying, sometimes, two days, three days. I can’t eat. I can’t do anything else. And she will be calling me to bring money. “You don’t want to pay me. I will be waiting for your money. I will be doing this.”

So, she will be calling me for money. My body is shaking. I’m worried.

Gloria, a 32-year-old hairdresser, was lured to Europe under false pretenses, and as a result, has lost touch with her three young children.

MALCOLM BRABANT: The trade appears to be self-perpetuating. Many of the madams are themselves former victims of trafficking.

PRINCESS INYANG OKOKON: They know the horrible things they met in the street. That means they purposely take another human to face the same calamity they faced. That is my anger. If you were a slave, don’t put another person to be a slave after you.

MALCOLM BRABANT: Unfortunately for Northern Italy’s street walkers, Princess’ rescue organization is running out of money and has failed to secure future funding. So, the chances of escaping are reduced, and thousands more women are expected. 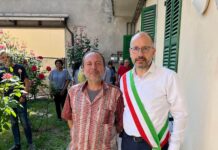 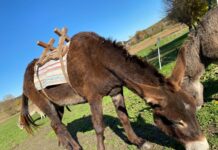 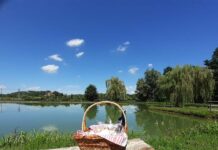