The widespread hosting starts in April 2014 following the arrival of hundreds of refugees in the area of Asti. Due to the lack of places available to reception, citizenship and the foreigners’ associations present in the city have been envolved to accommodate refugees in their homes. The response was immediately significant, especially by foreigners. In agreement with the Prefecture of Asti, a welcome contract was signed between the Consortium COALA and the host, which is paid 400 euros per month as a refund for the service of food, accommodation and personal hygiene. Other services (pocket money, clothing, literacy, legal and psychological counseling, healthcare, work placements, etc.) are payed  by the Consortium COALA, responsible for taking charge.

Refugees, before entering in the widespread reception system, are accommodated in a collective shelter for about 2 or 3 months, the time needed to complete basic bureaucracy (filling an application form to seek asylum, fiscal code, filling the application form to National Health Insurance inscription, basic health screening), then we proceed to evaluate which family or individual is most suitable for hospitality. Usually, the cultural and gender criteria prevail, which generally better meet the expectations of both the guest and the host. The main motivation for foreigners to accommodate refugees is certainly economic and, in this sense, widespread hosting also becomes an indirect source of wellfare for foreigns (even formerly refugees) who live permanently in our territory but who have still precarious situations of income.

CO.AL.A. coordinates and supervises all households and individual hosts by checking that the receptions conditions always respect the agreed and signed requirements. This kind of widespread hosting (especially among compatriots) is a very effective tool to accelerate the processes and times of knowledge and integration into the social fabric of asylum seekers who have just arrived. In addition to the services provided by the CO.AL.A., asylum seekers are immediately joined by the fellow countrymen who are hosting them and in fact have a tutor role.

There have been difficulties with some Italian host families, often too focused on their host role than on the needs of the asylum seeker, developing relational dynamics that are too focused on family life and little on the autonomy of the asylum seeker. In many cases, the Italian families, when they initiate the hosting of an asylum seeker, realize that the world of migrants does not really correspond to the idea they have made. It turns out that cultural differences instead of demonstrating a resource, worsen and create a climate of mutual misunderstanding. These cases must be interrupted by the widespread reception path. 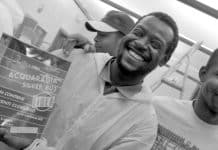